Who doesn’t want to make one? It’s ultra-cheap to make, takes about 20 minutes to make and it moves just like a confused ant! This is also a great little project if you’re just getting started on soldering things together. Make an army of insect robots and get some exercise in soldering as well.

But, let’s not just talk about, let’s make it!

A simple insect robot that moves around “brainlessly” like this. 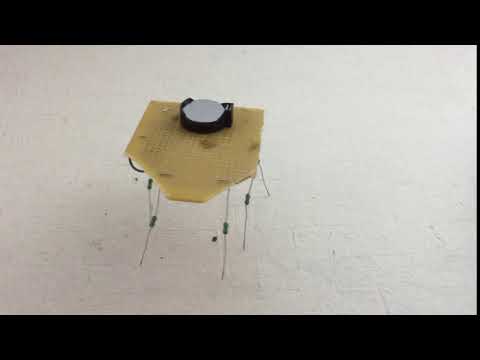 It’s the uneven weight on the top that makes the motor vibrate when current flows through it.

A switch. Each pair is switch.

Six resistors, of any value. We only need to use them for the insect’s legs.

Some bits of electrical wire to make the connections. Old jumper wires will work just fine too. A perfboard — that’t the thing with lots of holes.

Wire stripper to strip out the plastic covering from the wires. Or you can use your teeth.

The picture below shows the circuit we want to make in order to make the  insect robot.

You can simplify it further, and remove the switch altogether. If so, placing the battery will start moving the insect right away. Think how you will place the components out and then start soldering them in. Use bits of wire, if you need, to complete the circuit. One arrangement is shown below: 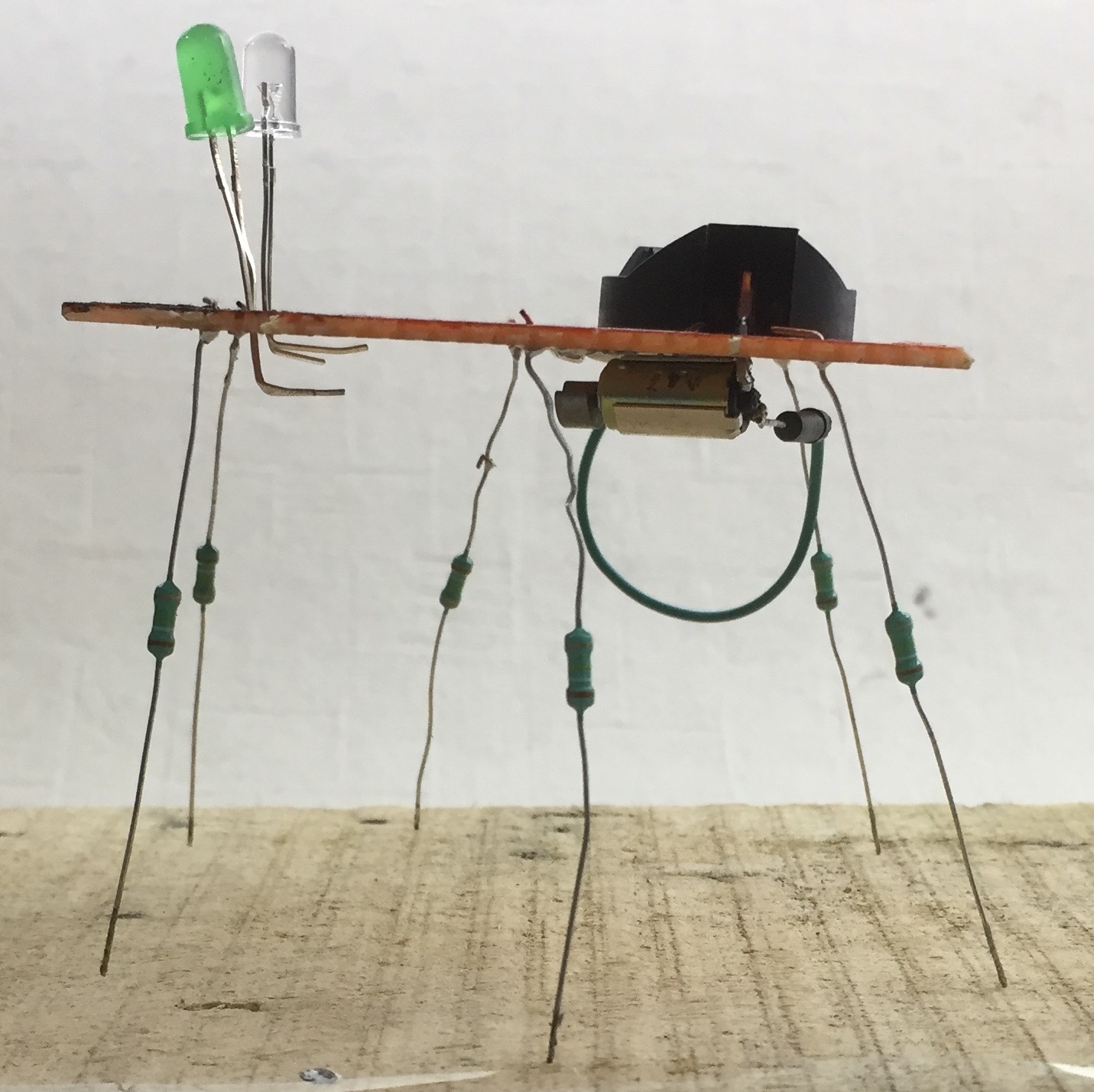 In the above arrangement, the motor’s red and black cables have been removed and the motor’s two ends have been directly soldered on to the circuit. This was necessitated due to snapping of the ultra-thin motor cables during operation of the motor. The LEDs in front are there just for fun, but in a later experiment, we can enhance this insect robot to blink its LED eyes too!

How does this work?

When electricity flows through the vibration motor, it start vibrating, it’s uneven head hitting the perfboard body. This vibrating energy is then transmitted to the ground via the 6 register “legs” which then cause the whole unit to move ahead, backward, and in all kinds of random ways. Find a kid (or  three) and boundless curiosity will follow.

My first insect robot ended having a brain haemorrhage with all that beating on the perfboard. I took the insect back to the operating table, made some structural changes to the wiring of the motor, and after that things got much more stable. I’m sure your effort will have you innovating your own “fixes” along the way.

Good luck and hope you have a lot of fun making this critter!

PS: This post is based on this excellent YouTube video. But the author goes a bit too fast because he’s likely an expert in circuit making and soldering. I made this so the steps could be more clear to a novice maker like you or me.