In 1799, an amazing experiment was demonstrated to the world by a scientist called Allesandro Volta. In it, he demonstrated a stacked pile of copper and zinc disks separated by salt water could provide a steady flow of electrons. This was a stunning achievement as it meant that scientists the world over could now start experimenting with electricity. In a little over a decade, the electric motor, the electic generator and host of other inventions had been developed. But this is the experiment that started it all.

Inside a battery are two different types of metals. Volta’s battery used Zinc and Copper. When Zinc is dipped in saltwater, the zinc atoms react with the salt water around it. Each zinc atom loses a couple of electrons that stay back in the metal, but the rest of the atom dissolves into the salt water. Now, if we connect the Zinc to the Copper externally via a wire, the excess electrons will want to rush across to the copper, which gladly accepts them, as something quite the opposite has been happenning to it - it’s atoms have less electrons in the solid metal form. The saltwater has been removing electrons here!

Now, we have a perfectly happy situation. The zinc has too many electrons due to the reaction with the saltwater. The copper has too few electrons due to the same reaction with the saltwater. A potential different exists, and the electrons will flow, from where there are too many of them, to where there are less of them. The flow keeps going on, till the chemical reactions continue in the battery.

The flow of electrons is electricity. And that’s how Volta created electricity. All batteries since then have used the same principles he came up. Different metals are used today in the batteries, and of course, saltwater is not practical, so a substitute gel-based solution is used, to make the battery more compact and easily tansportable.

You need the following

Soak the paper in the saltwater (salt water here is the electrolyte) and then put them in between alternate copper and zinc disks. At the bottom copper washer, and the top zinc washer, stick on some aluminium tape. Attach a couple of alligator clips and test the voltage out. If you get to 3V or so, you’re good.

If you have 3V or so, connect a LED and it should glow. Yay! 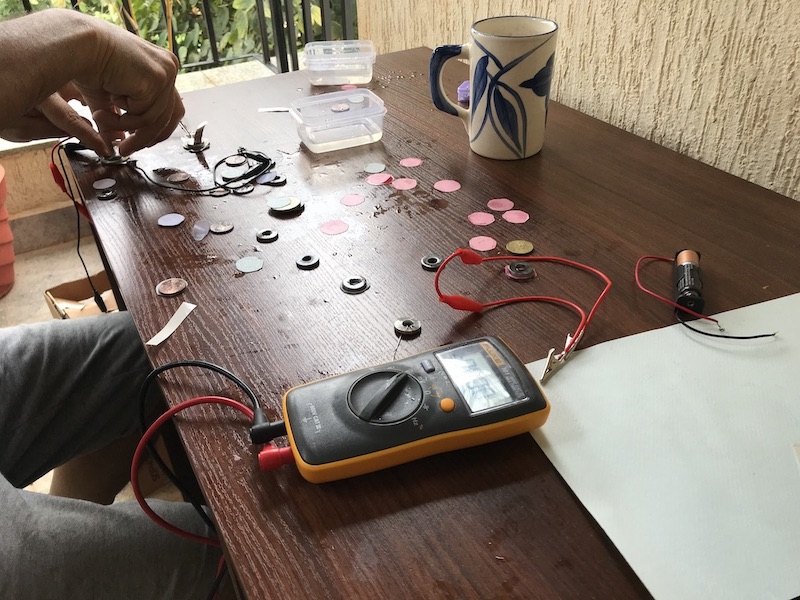 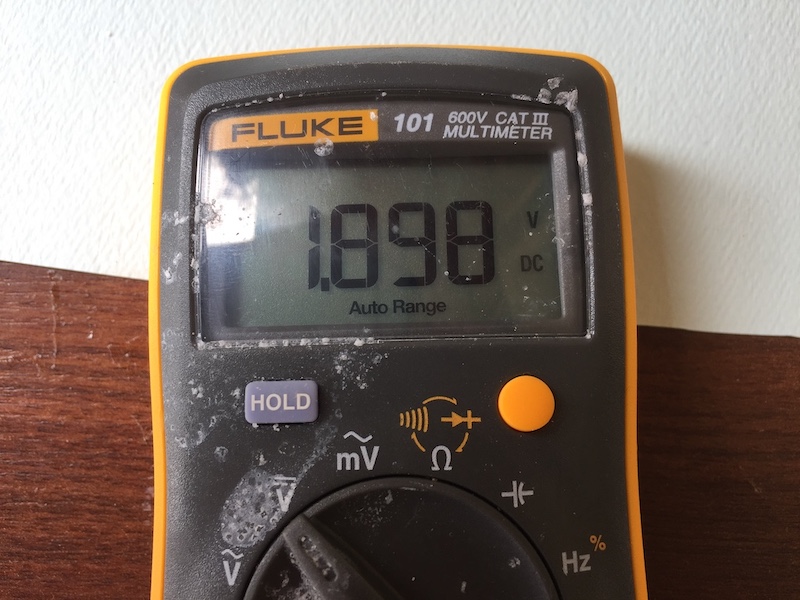 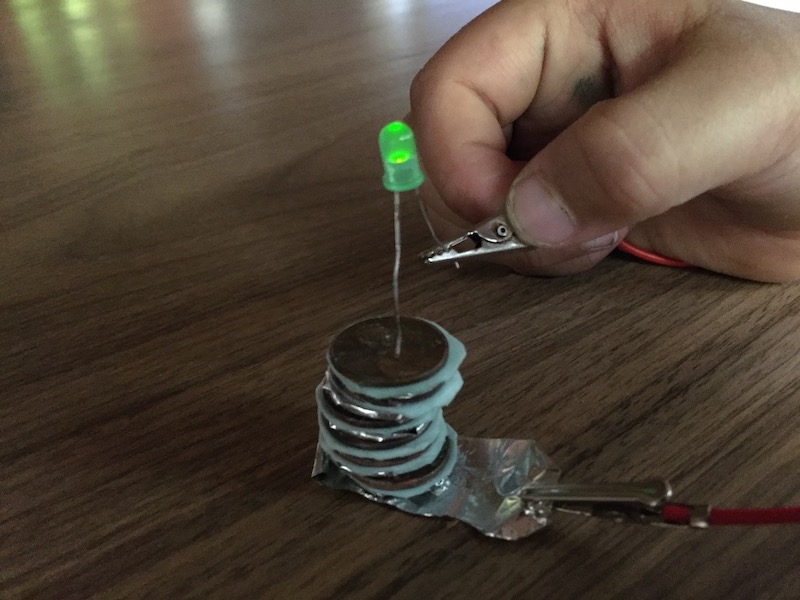 What happens if you try with different metals? How about Aluminium instead of Zinc? What does this table mean?

What happens if you add some vinegar to the saltwater?