Our physics would thus be no longer a collection of fragments on motion, on heat, on air, on light, on electricity, on magnetism, and who knows what else, but we would include the whole universe in one system. - Hans Christian Oersted

The year is 1820. Hans Oersted is giving a lecture to a bunch of students, and during the class something odd happens - when he passes electricity through a wire, a compass lying next to it is deflected just momentarily.

He continues with the class, but after class goes back to the event to try and figure out why the compass needle moved. He surmises that the current carrying wire created a magnetic field all around it, and that it was this “magnetic field” that caused the compass needle to move. This was indeed a great insight that forever entwined electricity and magnetism.

For an entire decade he had been looking for some law that unifies our understanding of nature and had finally stumbled upon one of them.

But, what is a magnetic field?

The best way to understand a magnetic field is to actually see it! Yes, it’s absolutely possible to “see” the magnetic lines of force as Hans had visualised it. Sprinkly some iron filings around nail that has been wrapped around with a copper wire. Initially, the iron filings will all be scattered randomly. 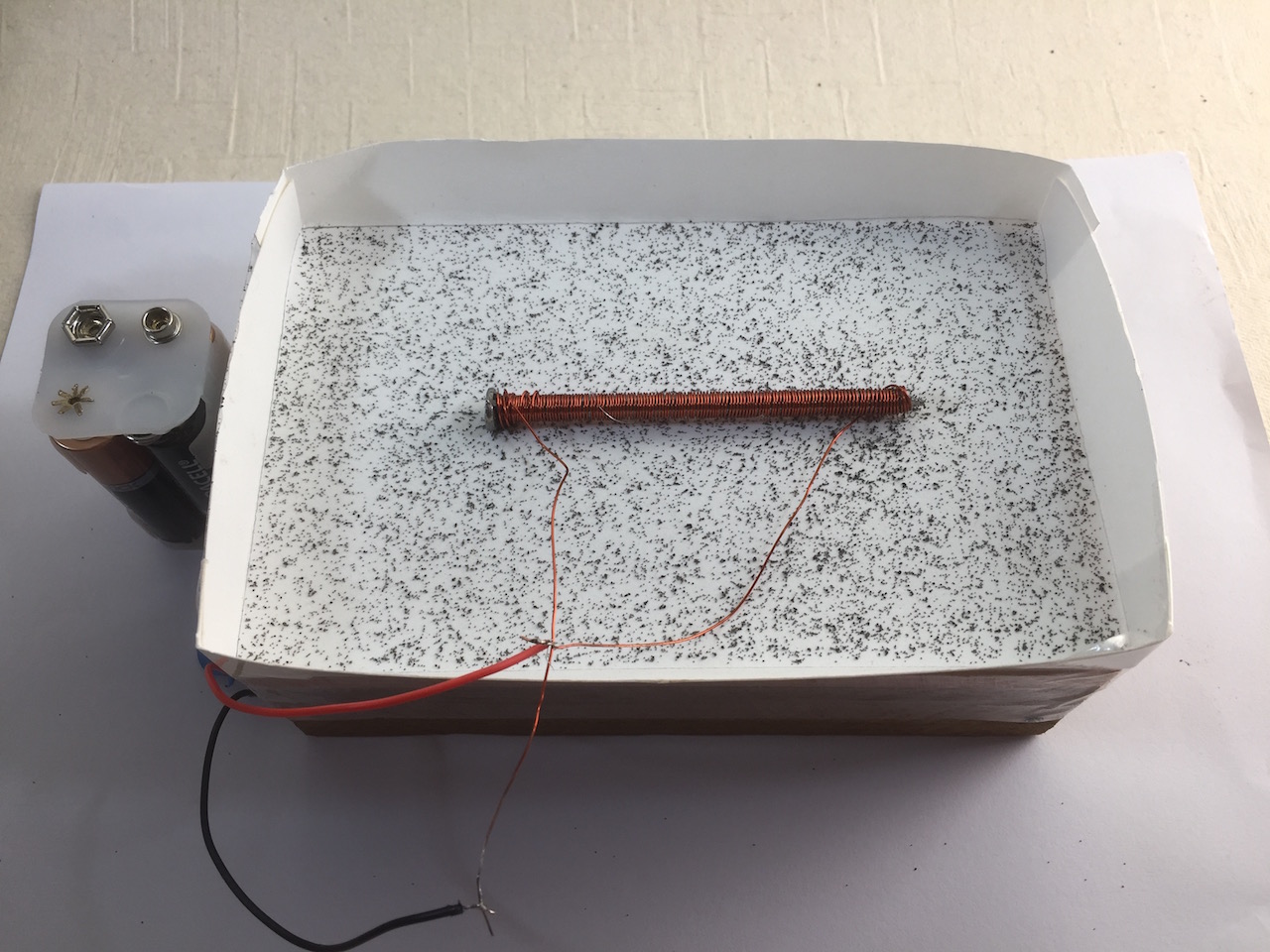 As soon as you pass electricity through the copper wire by connecting the battery, the magnetic lines of force magically appear. If that’s not the case, tap the paper lightly and you’re sure to see it. It’s a law of nature, and it never fails! 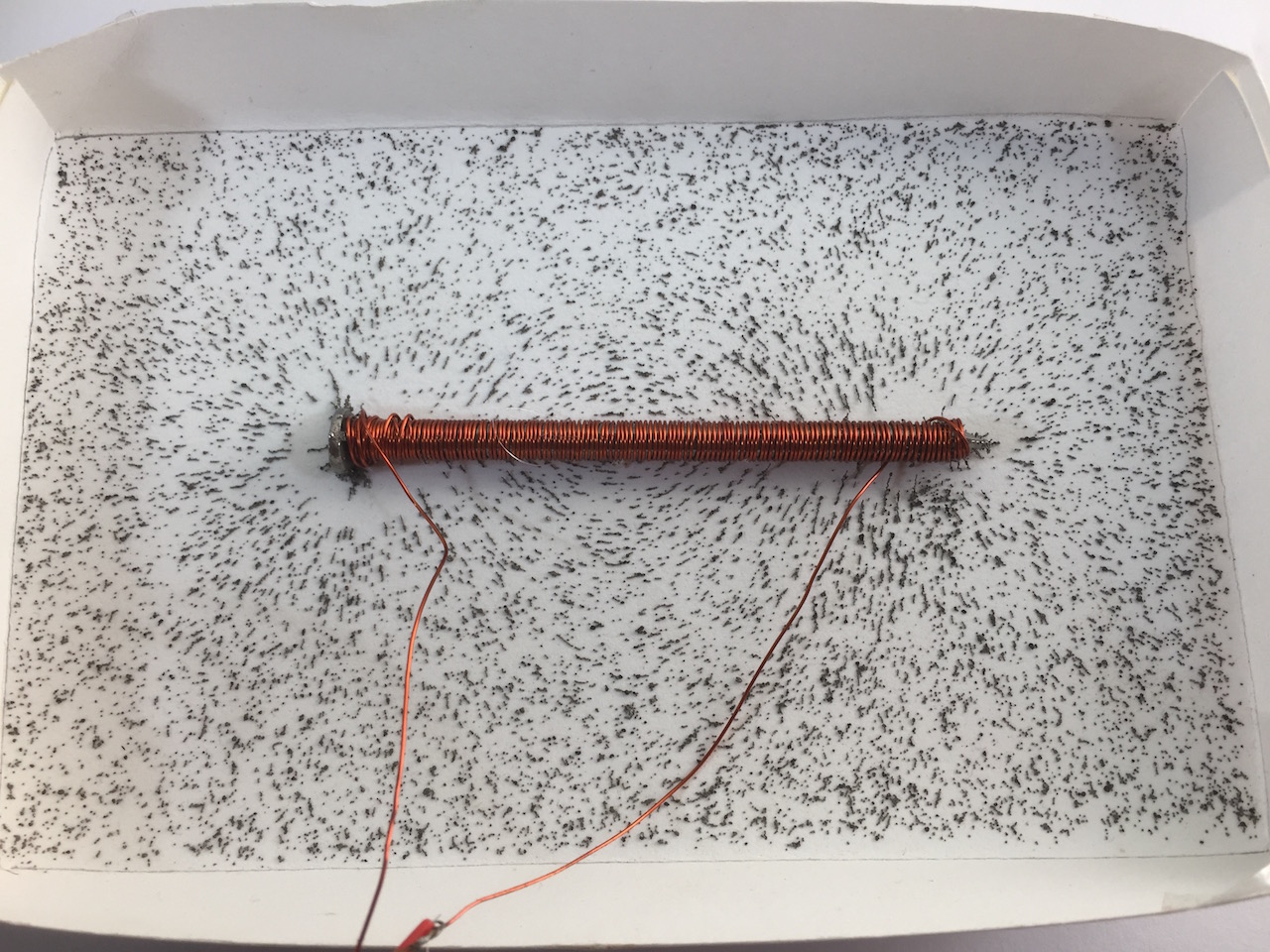 Here is another picture, up close. You can see some of the iron filings are now stuck on the nail, because the nail and the wire surrounding it is now an electromagnet. 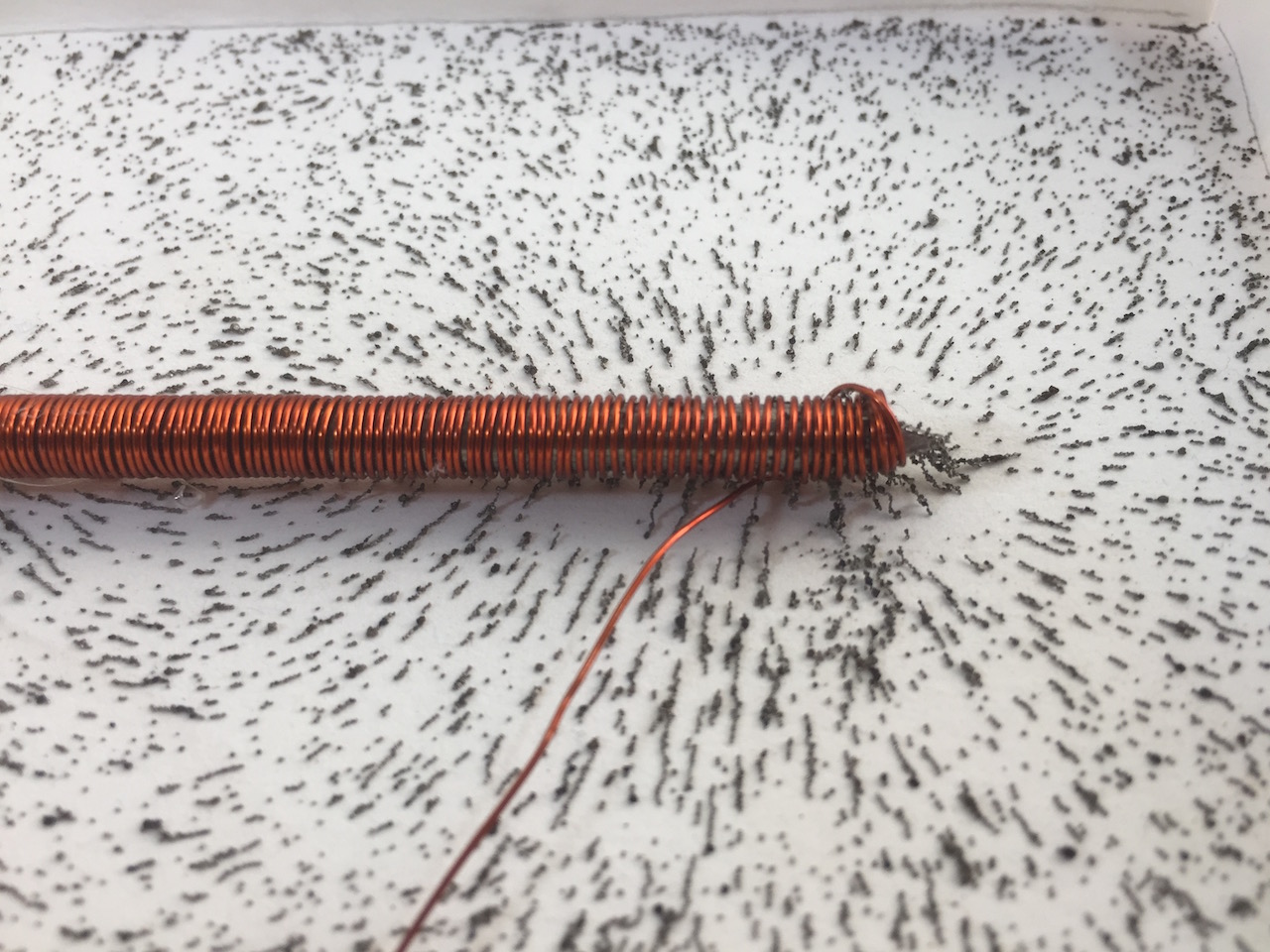 In this project we combine electricity, magnetism and motion in order to create what could arguably be called the world’s simplest electromagnetic train. Let’s not just talk about it, let’s make it! 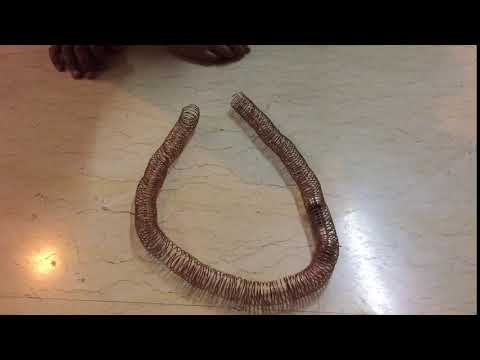 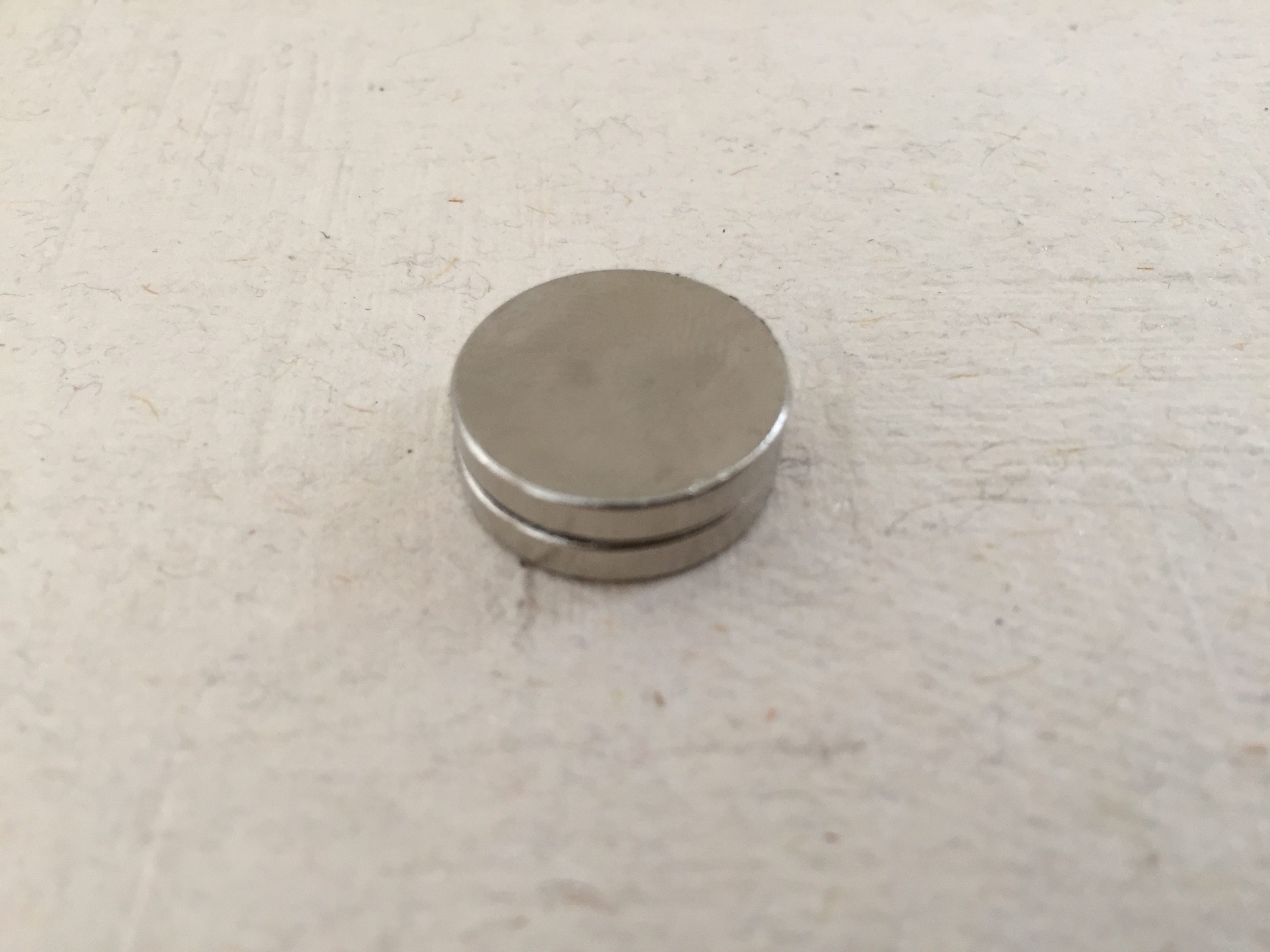 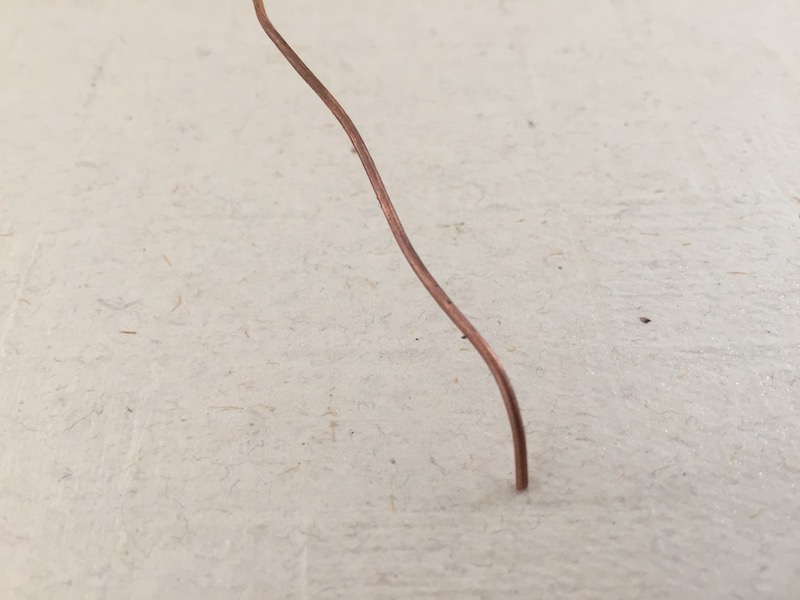 Bare metal copper wire. 20 metres is plenty, but you can go more or less. 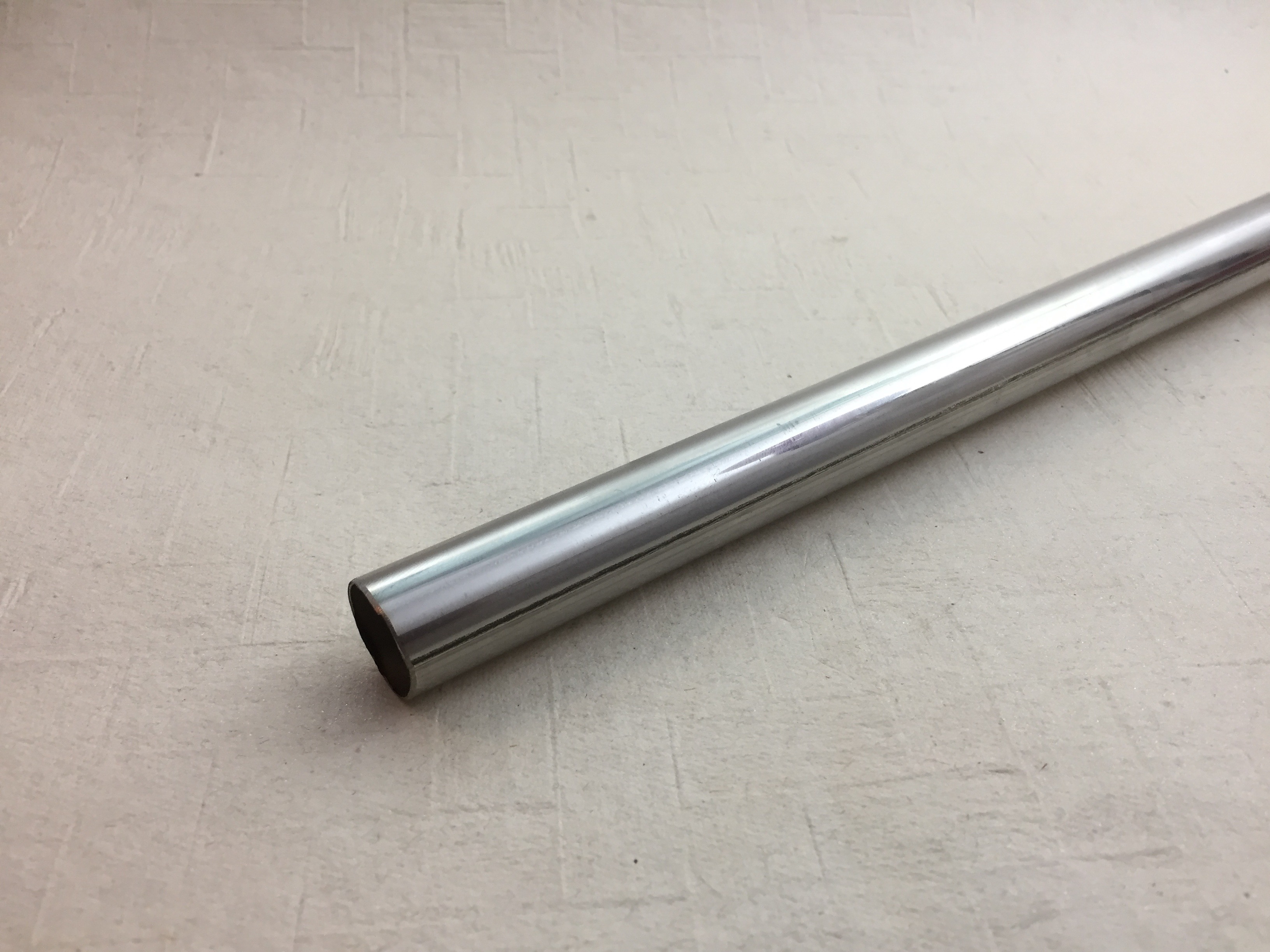 Any old rod of diameter greater than the AA/AAA batteries, to wind up the coil. Available at your nearby hardware store.

AA and AAA Batteries (Get both and experiment)

Use the rod to create the coil. It is harder than it appears but with patience you will be able to create a coil that works. Spacing matters - do not make the turns too close to each other, or too wide apart. Just right is what you’re looking for. Make a smaller 6 inch coil first, test the train out and then make the bigger coil. 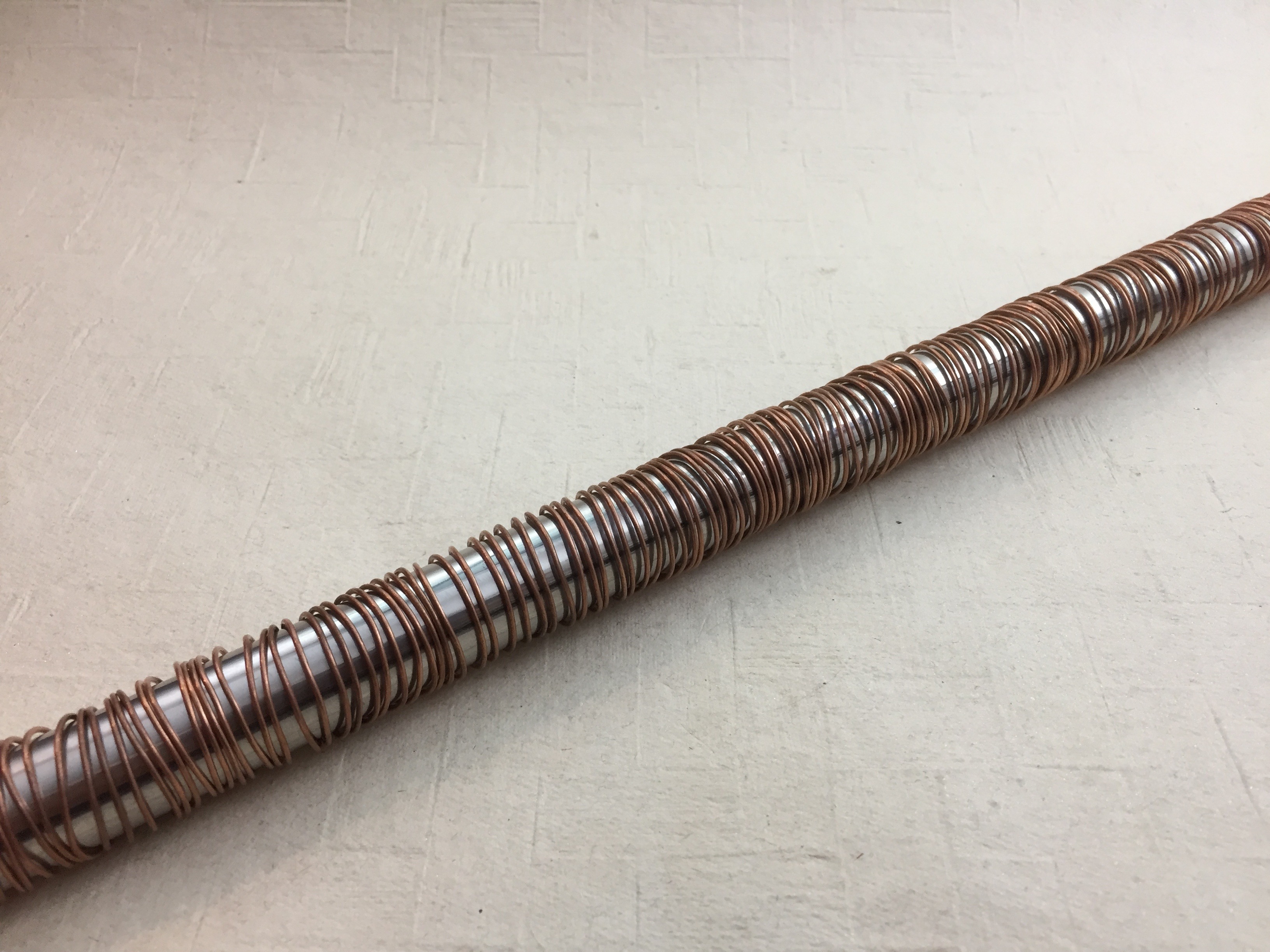 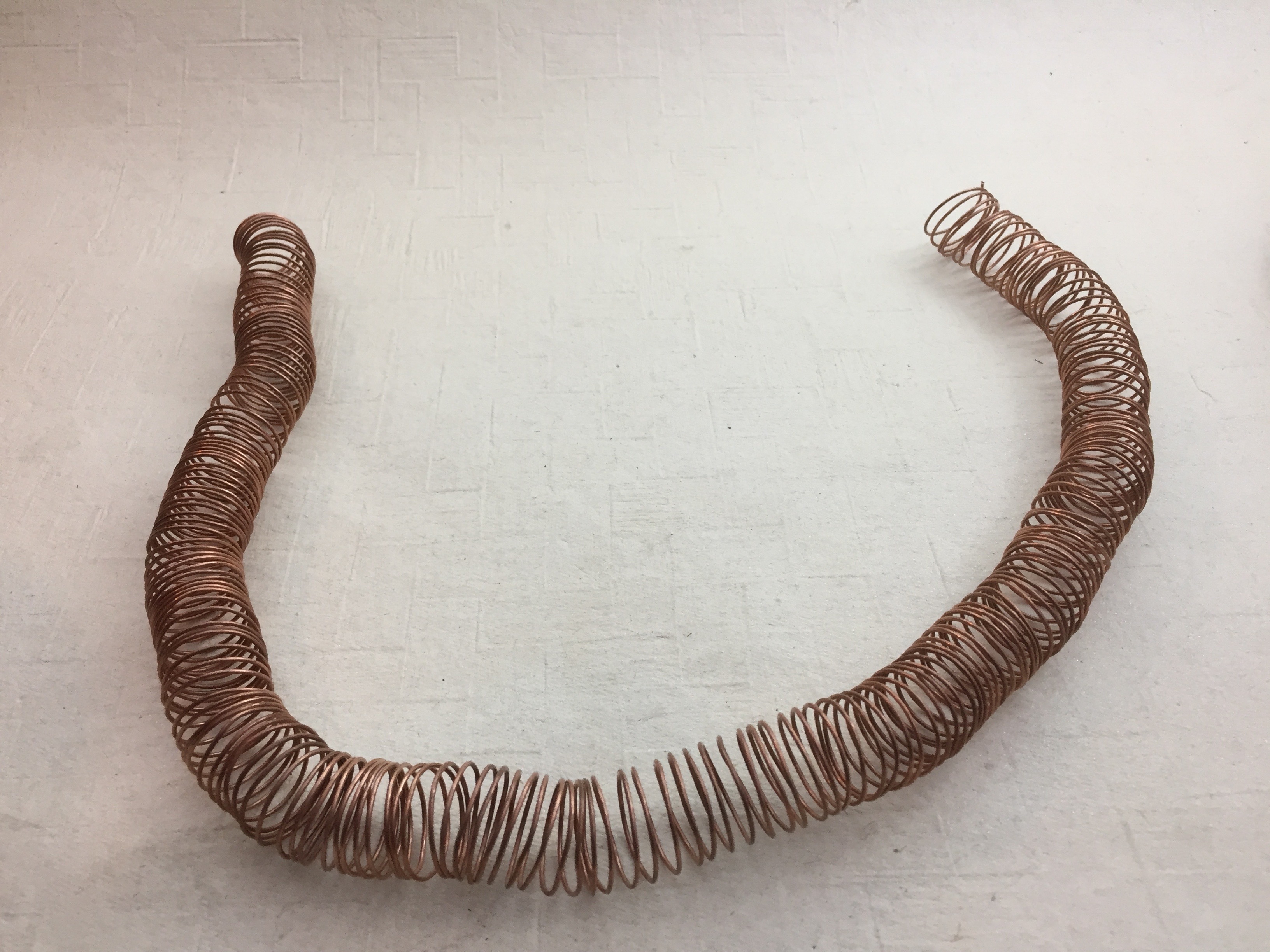 Bring two magnets together such that they try to repel each other. Then snap the AA battery in between them. This is important - either both north poles, or both south poles of the magnets should be facing outwards. You must ensure that the magnets are touching the coil, otherwise the train will not move.

Now place the battery with the magnets on either end gently inside the test coil. You should see it move! Now try it in the bigger coil and see if it goes smoothly all around it. When you try to put the train inside the coil and it feels like as it wants to come out of it, then reverse the ends of the of battery and try again. Now it will run!

While the math for the operation of this train is pretty complex, here is a simple “intuitive” explanation of the electromagnetic train. When the magnets touch the coil the circuit is complete and electricity starts flowing - it is effectively a short circuit. Now, as Hans Christian Orsted and Faraday later on had theorised, current through a wire causes a magnetic field, and sure enough one is created inside our coil as well.

When the magnetic poles of the coil and the neodymium magnet align up in the correct manner, the train moves.[/caption] The magnetic poles of the magnetic field created inside the coil due to the current are aligned such that one of the permanent magnets attached to the battery is “pulled in” and the the other is “pushed outwards”. The end result is that the battery begins to move inside the coil.

If the train does not work, it’s quite likely it is due to the coil not being evenly wound. Re-wind and try again. Other things to check are: